The fertilizer market in the last spring season is full of multidirectional movement. The unconventional fall in prices, which usually does not take place at the height of the Ukrainian season, the redistribution of flows in the world market, the entry of new players and, of course, sanctions against Russian imports are topics to be discussed by the participants of the 4th International Agrochem forum 2018, organized by IA "Infoindustry" in Turkey on May 24-25.

The Ukrainian fertilizer market is changing. For the first time, a negative balance ($997.7 million) of the country’s trade at this position was reached in 2017. The export of all fertilizers was $129.2 million, and the import $1.1 billion. A historical development of the Ukrainian market was told by Dmitry Gordeychuk, the Head of IA «Infoindustry». The expert indicated the main events of the year in the Ukrainian fertilizer market, the consequences of which are still felt: shortage of fertilizers in March 2017 for a total of UAH2.0-2.5 billion; factories shutdowns for more than 100 days; fertilizers’ import firstly exceeded production; anti-dumping duties on urea, UAN; significant UAN imports, the entry of new large importers in the market.

The situation was worsened in the winter-spring of 2018, when the purchasing power of nitrogen fertilizers in Russia fell to the lowest level in the last 10 years. “This led to pressure on producers, and as a result to risky supplies of ammonium nitrate alternatives and urea to neighboring countries, including Ukraine. Ammonia was underestimated in winter, and margins on granulated fertilizers were higher, so nitrates was produced from imported ammonia in Ukraine,” – said Dmitry Gordeychuk. 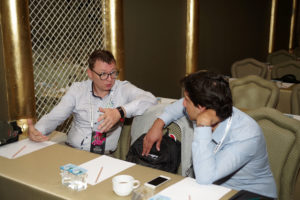 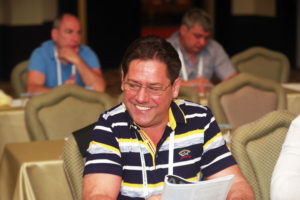 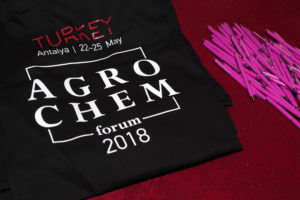 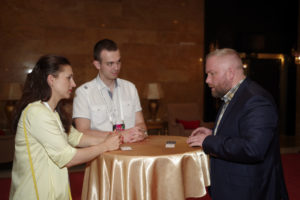 According to the expert, traders lost revenue: “Ammonium nitrate market was broken. It was very difficult both to traders and importers to sell ammonium nitrate. Small and medium traders have not received the revenues they expected, especially given that the spring was short”.

According to Dmitry Gordeychuk, “specialized” large and small trading companies will develop branding, name recognition, which will attract financial resources easier. Other services development for agrarians will be improved.

Trends in the urea-ammonium nitrate global market were analyzed in detail by experts during the Agrochem forum 2018. “We see clear transformations in the UAN market. There are two evident world leaders – Europe and America. To date, the first one leads both in exports and imports, but with current trends, European countries will increase imports, and American will increase exports. In 2013, Europe delivered 84% of the total, America 16%, and in 2017 the share of Europe was 56%, America 40%. It should be noted that Ukraine is the absolute record holder for the growth of purchases of the European UAN. If the country bought just 72 tons in 2015, then more than 100 thousand tons of UAN from Europe were shipped to Ukrainian consumers in 2017, which amounted to about 4% of the entire European UAN exported in 2017”, — said Konstantin Kinzhalov, Analyst of mineral fertilizers market, IA «Infoindustry». 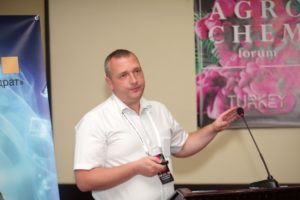 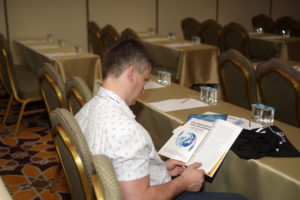 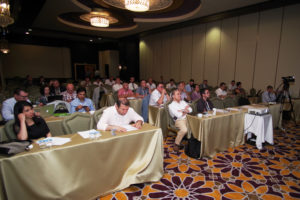 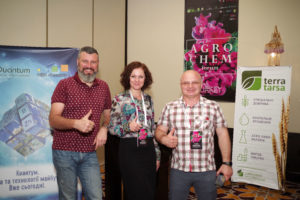 Why the situation has changed significantly? Why did the US turn the entire market upside down in just a few years? The reason, according to the expert, is very simple: CF Industries in 2016 and OCI/Iowa Fertilizer Co in 2017 launched production capacities of 1.6 and 1.5 million respectively, i.e. 3.1 million tons in total.

UAN world trade volume is growing and the largest contribution is made by the United States, Trinidad and Tobago. “USA becomes the largest UAN supplier to the EU countries. The country has increased shipments significantly for 5 years. For example, France, which share in the import of the product to the EU is more than 50%, imported 78,000 tons of UAN from the USA in 2013, and almost seven times more in 2017”, — Konstantin Kinzhalov said.

According to the expert, many European manufacturers focused on France, but after increasing supplies from the United States and Trinidad were driven out of the market, and turned into importers from exporters as a result. At the same time, Russia will be forced to seek new markets, but after the imposition of duties from Ukraine, the process will become more complicated. The most promising market is Europe, where plants with obsolete equipment and technologies and accordingly, with a high cost price will gradually be forced out of the market.

The results of the half-year in the world urea market were summed up during the Agrochem Forum 2018. Urea market is actively reformatting; the influence of countries is changing. Ukraine sharply reduced urea import in the last half-year. Mikhail Sanitsky, Expert of the fertilizer market, IA «Infoindustry» has told about the difficult beginning of the year for world urea producers and importers: imports fell sharply in Ukraine, the EU, Brazil, the USA, and prices declined. “The drop in Ukrainian imports in January-March 2018 was 87,000 tons”, — the expert said. 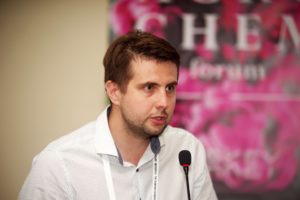 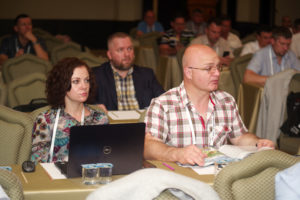 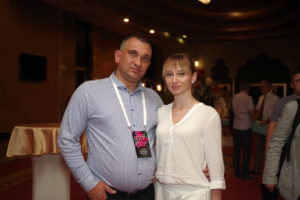 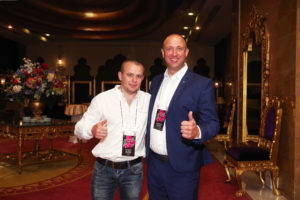 Production increase in the USA, sanctions against Iran, rising oil prices and other factors will have an impact on the market. According to Mr. Sanytsky, the total increase in urea capacities in the USA in 2017-2018 amounts to 3.5 million tons, while the country consumes 14.5-15 million tons. All plants operation at full capacity can be expected in the second half of 2018. According to the analyst, the US will significantly reduce imports.

Russia adds 600,000 tons of capacity to the existing production volumes. “In 2017, Russia delivered to Ukraine 390,000 tons. Leaving the Ukrainian market and the likely loss of market share in the USA will create surplus over 1 million tons of urea in Russia. The country will strengthen its positions in Turkey and other European countries of the Black Sea region”, — said Mikhail Sanitsky. According to the expert, the launch of SeverodonetskAzot (Ukraine) on gas can provide Ukraine 560,000 tons of urea.

Agrochem forum 2018 gathered not only fertilizers producers and traders, but also scientists-agro chemists, who set their own motion vector to the mineral fertilizers market.

According to Turkish Sabanci University, the content of zinc, selenium and iodine in food is several times lower than normal. There is shortage of these substances in soils, and mineral fertilizers producers are called upon to solve the problem of so-called hidden hunger. This was reported by Ismail Cakmak, Professor at the Sabanci University.

“One of the reasons of hidden hunger is the lack of trace elements in the soil. Zinc shows a global deficit. We are studying the situation around the world, but faced a lack of information on the situation with zinc in Russia and Ukraine”, — said Ismail Cakmak. 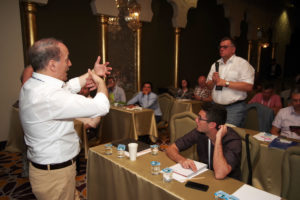 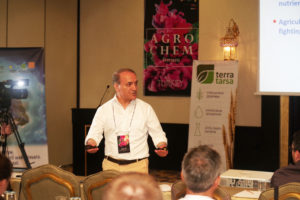 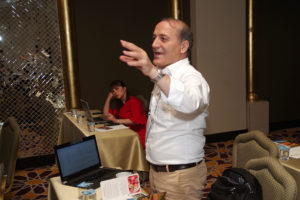 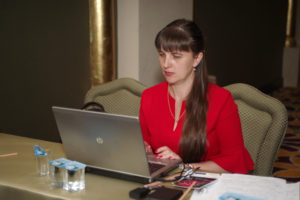 According to the Sabanci University, 800 million people suffer from hunger in the world, but more than 2 billion from hidden hunger. Hidden hunger is poor, inadequate nutrition when zinc, iron, selenium, iodine is not available in foods. What happens when there is a shortage of trace elements in food? The immune system, intellect and physical development of the population suffer.

“Around 40% of cultivated soils suffer from zinc deficiency in the world. The desired concentration of zinc is 40-60 mg per 1 kg of grain. In reality, there is a very large gap: 20-30 mg per kilogram.

According to the scientist, the global Harvest Plus program, which budget is $200 million, is very effective, and the Bill Gates Foundation is a sponsor.

“A lot of manufacturers participate in the Harvest Plus program to enhance social responsibility. For example, Valagro, K+S, IFA, Bayer and others are the sponsors of the program. However, there are not enough partners from Ukraine”, — said Ismail Cakmak.

The green revolution is the starting point in developing the productivity of world crop production. A significant increase in the wheat productivity noticed in the 70-80s, has stopped in fact. What to do next? Use nitrogen fertilizers. But they do not always do it skillfully in Ukraine. This view was expressed by the Ukrainian scientist Victor Schwartau, Institute of Plant Physiology and Genetics of the National Academy of Sciences of Ukraine.

In his opinion, further growth in the grain crops productivity requires innovative approaches and cutting costs.

“Five years ago we criticized the program of the Cabinet of Ministers on Ukraine’s production of 100 million grains a year, but we see that this is real. For example, the grain yield in China grew by 65% from 1980 to 2010, and mineral fertilizers application increased by 512%”, — Victor Schwartau said. 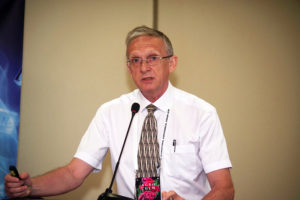 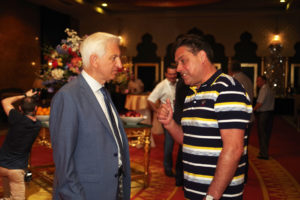 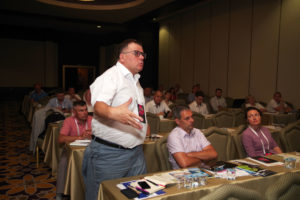 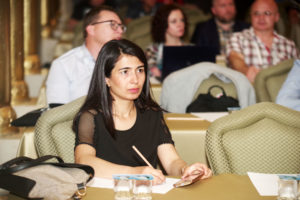 At the same time, he noted that the quality of grain is of great importance and affects the life of every person. The expert considers the increase the efficiency of nitrogen application as strategic direction of grain production development.

«We say that we know nitrogen well, but in fact we have a low efficiency of its use. In addition, for example, urea from Ukrainian producers and analogues from foreign manufacturers often differ in quality not in favor of the national producer”, — Victor Schwartau considers.

In order to increase the efficiency of nitrogen use, attention should be paid to the balance of microelements and the fight against cereal diseases, the expert said.

Turkish company Doktor Tarsa, which was attended by Agrochem Forum 2018 participants, is working under this motto. The company was founded by a doctor and started with his passion for flowers and their cultivation on peat. Further production of water-soluble fertilizers, irrigation systems, automatics for greenhouses was launched. 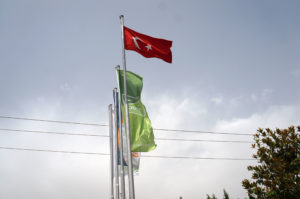 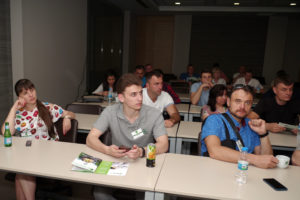 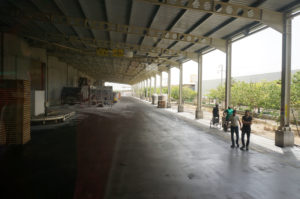 The company is known for its water-soluble fertilizers, the locomotive among which is the Novalon brand. Tasaco – a seed leader in Turkey is also part of Doktor Tarsa.

Yuksel Tohum is well-known among Ukrainian farmers, whose tomatoes are especially popular in the south of Ukraine. The company opened the doors of experimental greenhouses for the Agrochem Forum 2018 participants. Over 500 species of cucumbers are tested on sites in the most natural conditions (without the use of plant protection products).

The company widely uses the solarization method to fight diseases and pests, since in Turkey the number of vegetable seasons can reach seven. The sun brings the temperature under the film to 120°C at a depth of 30-35 centimeters, which is enough to disinfect this layer of soil. Solarization takes 45 days, and the season starts from July to December depending on the crops. In 2019, the ompany Yuksel Tohum plans to receive the first seeds for organic production and the corresponding certificate. 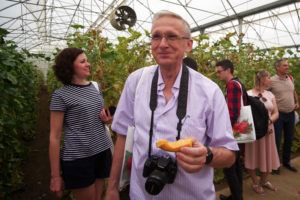 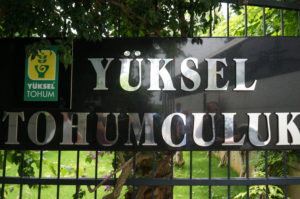 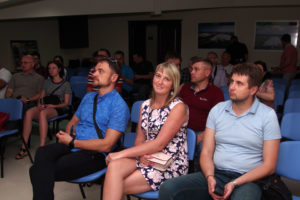